Freegle was formed to create a unique, friendly and proactive UK network for online groups facilitating the gifting (“freegling”!) of unwanted goods from one individual to another.

The Freegle network helps to organise autonomous local groups across the country. On a very modest budget of around £7000 a year, these groups are able to collectively save around over a million pounds worth of second hand goods from going to landfill or incinerators.

At Bytemark we are actively looking for ways to reduce our environmental impact, which includes helping to support organisations which have a clear environmental mission!

On average, every person in the UK throws away their own body weight in rubbish every seven weeks. Reusing household items is a simple way of extending their lifespan and reducing this amount of waste going landfill. Buying re-used items, like sofas and TVs, also saves UK households around £1 billion a year when compared with buying brand new goods.

Whilst it is clear that recycling has a massive impact on waste reduction, the big question is - how do you connect perfectly useable second hand items with new owners? This is where Freegle comes in!

Led by Board member and Lead Developer Edward Hibbert, over the past year Freegle has been able to move away from its previous reliance on Yahoo groups through the development of its own platform. At present the organisation is supported and maintained by around 1000 volunteers from across the country, all of whom contribute to Freegle in various ways: moderation, helping with questions, promotion, and its technological infrastructure. This in-house approach has helped contribute to the increasing success of the site, which now has over 2.6 million members in groups across the UK.

However popularity can present its own problems, especially when you receive nationwide TV coverage. We managed to catch Edward on a rare bit of downtime to talk about how Freegle is planning to further expand and what Bytemark has put in place to ensure the platform can handle unpredictable and heavy traffic. 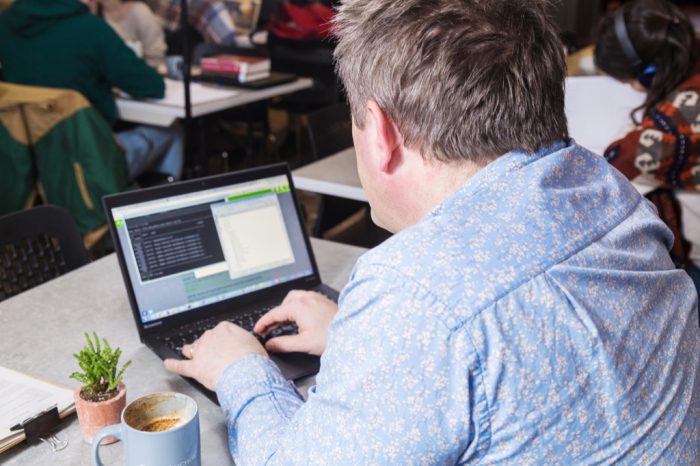 What does the future have in store for Freegle?

Right now, Freegle is still basically like a noticeboard plus chat/email, you advertise that you have something you don’t need, or want something you don’t have, people respond, and you sort out collection. That’s brilliant, but ideally, we’d like to help with the whole process, to make it work more smoothly. We would love to add features like:

How does Bytemark support Freegle’s infrastructure?

One of our volunteers had used you for hosting, and rather cheekily contacted you to see if you’d help us out. The lesson of Freegle is that if you don’t ask, you don’t get, and that certainly paid off for us this time!

Until we shifted to Bytemark, we were colocating everything onto a couple of servers. Being able to spread ourselves out a bit meant that we could use a Percona cluster for our database (rather than our older master/slave replication model) and split out the bulk operations of sending a million or so emails a day out so that they didn’t affect the end-user operations. That’s improved our resilience and performance a lot.

Bytemark also introduced SSD disks pretty early, which made a big difference to our database servers.

How does press exposure affect traffic and server requirements?

A mention on national TV is both the best and the worst thing that can happen. When we get TV coverage our load can spike up to 50 or 100 times its normal level - so the ability to scale servers up and down is critical if we’re to capitalise on the benefits of publicity. That’s a big benefit of the cloud platform for us, because we couldn’t afford to over-specify our servers to that extent.

Want to help Freegle implement an exciting array of new features and help save even more second hand items from landfill?

Freegle are currently looking to expand their team of geeky volunteers, to get in touch drop them a line at volunteers@ilovefreegle.org

Making it easy to dress well

Building websites that look great and are easy to use.

Read more
Back to case studies
We use cookies to ensure that we give you the best experience on our website. If you continue to use this site we will assume that you are happy with it.OkCookies Policy